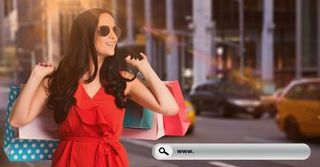 What’s one of the best reasons to rent an apartment in Manhattan? If you’re a fan of the pleasurable and cathartic experience of shopping, then it might be because there’s always a host of new stores in the city to check out, each offering something a bit different to sate your appetites. They may be upscale, they may be hidden gems, they may fall somewhere in between on your shopping spectrum, but one thing that can’t be denied is that they’re all around Manhattan and waiting for you to grace their doors and give them a look. If you’ve been searching for some new spots to frequent, why don’t you try a few of the following on for size?

You’ve heard of Century 21, correct? The brains behind this apparel megastore have now opened a new location, Next Century, with a bold new approach to selling clothes:

“Next Century is a 3,100-square foot curated concept store hosting special designer collaborations, exclusive events and partnerships. It features a diverse mix of high-end and streetwear designers, in addition to rare vintage pieces and exclusive limited-edition items. Next Century further provides the shopper with an exclusive lifestyle experience by hosting Chalait, a matcha and coffee café, as well as Fantasy Nail, a nail art bar.”

Next Century is positioned adjacent to Century 21’s downtown location, at 21 Dey Street, with all the great offerings that you’d expect: men’s clothing, women’s clothing, handbags, accessories, beauty products -- the works. These fashions, though, seem tailored for the younger generations, with a focus on the Millennials and their love of vintage wear and upscale apparel.

This is a newcomer to the streets of Manhattan, in a manner of speaking. The Webster is a Miami based retail boutique, one with an interesting history. They first set up shop in 2009, in a beautiful art deco building in the heart of Miami Beach. Under the leadership of Laure Heriard Dubreuil, they have been expanding their territory and making a name for themselves as serious players in the luxury, multi-brand space.

Their past forays have been to Costa Mesa, Bal Harbour, and Houston, and their most recent opening, the shop in SoHo, was notable enough to be newsworthy. The fashion world picked up on it immediately, with Fashion Network noting that the new establishment has some six floors, with one entirely devoted to women’s handbags and shoes, along with more women’s clothing on levels two and three, men’s clothing on the fourth floor, and a hair salon from David Mallet on the store’s top level.

The New York Times went even more in-depth, touring the store and taking in all the majesty:

“You’ll want to take your time here. If you have someone with you who is humoring your shopping trip, or even resents being along, The Webster has the most beautiful seating imaginable to dissociate while holding an iPhone. There are velvet couches and cool setees on every floor just waiting for the tush of family members dragging their heels.”

It’s a true site to behold, one that bring with it a range of upscale offerings, from animal-skin bags to asymmetrical heels to thigh boots and beyond. If you’re a fan of Alexander Wang, Givenchy, Eddie Borgo, Proenza Schouler, Gucci, Valentino, Stella McCartney or any of their contemporaries, you’ll want to the give this spot a look and enjoy your stay for as long as possible.

Recently opened in a new location on Fifth Avenue in Midtown, All Saints is a British fashion retailer with a reputation for bringing an array of “stylish, edgy apparel,” which includes their wondrous leather jackets across many styles. Their biker jackets are one such examples, decidedly upscale and undoubtedly fashionable.

Even their blazers convey the sense that there’s something special about the craftsmanship, and that they’re the perfect choice for the urban environment that they inhabit. Perhaps most notable are their Balfern women’s biker jackets -- sleek, stylish, and in several colors that are nothing but amazing.

If you think it’s all leather here, though, you’d be mistaken. They’ve got their share of other kinds of women’s and men’s clothing, including T-shirts, jeans, dresses, skirts, shoes, boots, etc. While the skinny jeans might look bog-standard, the polo shirts benefit from the stripped-down look. They’re classy, and seem appropriate for just about any situation you might find yourself needing one.

This isn’t the first such store in Manhattan, but this is their first in Midtown. If you’ve checked them out in other parts of town and enjoyed what was on offer, you’ll find a similar selection here and will likely be just as pleased with what you’ll be getting.

You might recall this one opening its doors recently enough. Alumnae is the product of partners Kari Sigerson and Eliza Axelson-Chidsey, with a simple enough mission: bring “chich women’s footwear with a refined tomboy spirit” to the masses. Their collection embodies the clean, understated look, with an emphasis on the fact that “style transcends fashion” and that the “subtleties of detail and quality will stand the test of time.”

Sounds good enough, now, what about the shoes? You can peruse their Instagram or Facebook pages to get a gist of their overall style, which, as you can see, is pretty much exactly like they’ve described it. The shoes look great, no doubt about it, but they also take care not to overdo it. A nice balance that shoe lovers will surely appreciate.

As for the buzz surrounding Alumnae, it’s quite substantial, with good words flowing in from Elle, InStyle, Vogue, Vanity Fair, and several others. If it’s shoes you want, it’s Alumnae you’ll find them in. Head to 60 Hudson Street to visit their flagship store.

Now You Know Why To Rent An Apartment In Manhattan

Part of the reason is to enjoy the great stores that the island is known for, the other is to live in amazing properties like Renoir House. Located on The Upper East Side, this beautiful edifice incorporates the finest residences with the most luxurious amenities for a big city lifestyle that can’t be beaten.