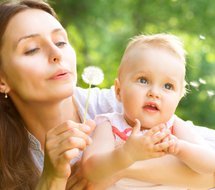 Mother’s Day is right around the corner. Once again, you’ll have to venture from the luxury Manhattan apartments into the city streets in search of spring adventure that’s fit for mom, and that means if you haven’t already planned out some outside-the-box ideas for where you’re going to take her, you’re going to have to get busy to make sure everything goes off without a hitch. But where to go and what to do? Coming up with ideas is a notoriously difficult prospect, as you’re likely well aware.

That’s where we come in today. Instead of wasting your hours scouring the web in hopes of finding some great ideas for Mother’s Day, you can just read ahead, as we’ve brought the list of some of the best options to you. Just make note of what seems interesting, then make the necessary arrangements for a Mother’s Day done to perfection. You, and, more importantly, mom, will be delighted you were able to find something appealing that extends beyond the typical Mother’s Day brunch.

Perhaps mom is a fan of 90s R&B? If so, she’ll most assuredly get a kick out of the Mother’s Day Good Music Festival at the Barclays Center. Presented by Steve Madden and held on the 12th of May at 7:00PM, this festival will feature some of R&B’s most notable crooners, including Charlie Wilson, KEM, Boyz II Men, and Joe. Tickets are available through Ticketmaster, and if these stars’ past work is anything to go by, the event will be a soulful display of true vocal talent.

If you’re going to do brunch for Mother’s Day, why not make it exciting and have it on a boat? That’s the thinking behind Pier 62’s Around Manhattan Mother’s Day Brunch Cruise:

“This Mother's Day, honor your mom by taking her aboard the elegant yacht she deserves! The Manhattan or Manhattan II is the perfect setting for a spectacular family brunch.”

What could be more spectacular than 360-degree views of Manhattan Island on the observatory decks of 1920s-style motor yachts? The tour goes around the Upper West Side and the George Washington Bridge, past Battery Park, the South Street Seaport, the Financial District, Governor’s Island, The Statue Of Liberty, and Ellis Island. You’ll even get a chance to see parts of Brooklyn and Queens along with the New York City skyline, Roosevelt Island, the UN Building, and the Manhattan and Brooklyn Bridges.

As a brunch cruise, there will also be food available, a “bountiful spread” that includes “fresh baked frittattas, glazed spiral ham, NYC's best bagels with lox, spreads, and all the fixings to go with them. A waffle station with berries, upstate syrup and fresh cream, fruit and salad displays, and fantastic pastries and bakery.” And lest we forget, the alcoholic beverages: beer, wine, champagne, and mimosas.

Scavenger hunts aren’t just for the kids. The Amazing Mother’s Day Scavenger Hunt at Slattery’s Midtown Pub is just one example that’s fit for adults. For three hours, you’ll embark on a quest throughout the city that will test both body and mind, challenging you to use both to the best of your abilities to solve the clues and claim your prizes. The winning team will receive a “New York City Gift Package,” though, the fun you have along the way will be more than enough consolation if you end up falling short. Be sure to bring your smartphone and MetroCard so that you can participate in this event properly.

For a fanciful and hifalutin take on Mother’s Day festivities, why not take a look at the Mother’s Day Weekend Garden Party at the New York Botanical Garden. You can hit this one up on May 12th or May 13th, and take a lovely stroll through the Lilac Collection. In the background, you’ll hear performers serenading you with their best tunes on the Daffodil Hill main stage, all the while, you can have a picnic-style meal or even grab reservations at the Hudson Garden Grill if you plan far enough in advance. Since you’ll already be at the gardens, you’d do well to make a pass by the NYBG Shop to pick out a lovely gift. Maybe mom would appreciates some flowers, home decorations, or something else from their selection that will make Mother’s Day just that much more special.

Who doesn’t love a good baseball game? On Mother’s Day, the New York Yankees will be taking on the Oakland Athletics, part of a six-game series, right at Yankee Stadium in the Bronx. You know the deal: head to the stadium, enjoy some pretzels and beer, perhaps watch a few balls get knocked out of the park, and have a grand time. With any luck, it’ll be a hometeam victory, and mom will be doubly impressed that you thought to take her out to the ballgame.

Mother’s Day At The Theatre

If mom is the sort that loves the performing arts, then she’ll certainly enjoy a trip to the theatre come Mother’s Day. There are plenty of plays and musicals to pick from, but for our money, we’re throwing a nod to Denzel Washington in Eugene O’Neill’s classic, The Iceman Cometh:

“The Iceman Cometh is a ferocious American classic that has lost none of its power to send one shaking into the middle of the night.”

Washington is coming off of two extraordinary stage runs, in both Fences and A Raisin in the Sun, so if you’re interested in seeing the actor on his A-Game, you’ll not want to miss this performance at the Bernard B. Jacobs Theatre.

Make Mother’s Day In The Luxury Manhattan Apartments Something Special

You’ve already got half the battle won with a Mother’s Day plan that’s out of this world. Continue impressing mom with a residence that’s just as spectacular as the outing you’ve prepared for her. Renoir House is just the spot, tucked away in the desirable neighborhood of the Upper East Side, and complemented by amazing living spaces and the most splendid building amenities you could ask for. Be sure to check it out, and make this your prime choice for the pinnacle of the New York experience.