Museum Of The City Of New York 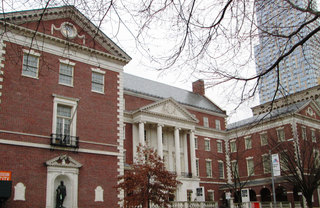 Here’s a name that everyone at the apartments for rent in Manhattan should be familiar with — The Museum of the City of New York. Located right on Fifth Avenue, between 103rd and 104th Streets, this fabled city institution has been chronicling the history of New York City and its people since the early 1920s, and has a collection of more than 1.5 million items which show off the amazing culture of NYC and its distinguished residents from the 19th Century to the present day. If you aren’t already familiar with this marvelous organization, however, then why not read on a bit? Today, we’re going to be going over all the major points you should know about the museum, and what you might expect should you decide to pay a visit in the near future.

Background on The Museum Of The City Of New York

If you want to get specific, The Museum of the City of New York was founded in 1923, the brainchild of Scottish-born writer Henry Collins Brown. It wasn’t always housed in its current (and highly recognizable) Fifth Avenue location, though. In the beginning, it operated out of the Gracie Mansion (which is now the Mayor of New York’s residence), and it wasn’t until 1932 that they completed the current building, on a site donated by the city with fund raised by the supportive public.

Though there have been propositions to move the museum again, throughout the 20th Century, none have come to pass, and it remains in its “second home” to this day. The Museum was designated a New York City landmark in 1967, and it is still one of the premier sources of information on New York’s history and for artifacts pertaining to its people. Within the collections, you’ll find paintings, drawings, prints, photographs, and much more — each telling its own story and relaying a bit more about what makes New York so unique.

Should you head there today, you’ll find several current exhibitions detailing the voices of some of the city’s less-represented populations (through exhibits like Urban Indian), and exhibits dedicated to showing the struggles of the city’s working classes. This is in addition to all the great ongoing exhibits, so be sure to plan a visit soon, and immerse yourself in the Big Apple’s interesting stories throughout time.

These Apartments For Rent In Manhattan Put You Close

You’ll find that The Museum of the City of New York is just a hop, skip, and jump away from communities like Renoir House — like many other of Manhattan’s most glorious cultural landmarks. If absorbing the New York City museum scene is something you’re all about, you’ll find this Upper East Side hideaway to be the perfect place to call home, but even if that’s not part of your aims while living in the city, there are still plenty more reasons that you’ll find that make Renoir House the ideal residence. These apartments are top-tier when it comes to luxury and comfort, and their position within the neighborhood makes just about everything you could ask for easily accessible (just to name a few of the finer facets of living here). Come see what it’s all about, then learn more about how you can join this sterling city community today.