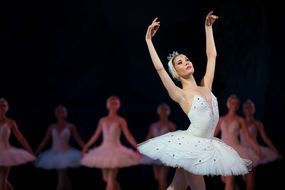 Who wouldn’t want to see the New York City Ballet? Even those who aren’t die-hard fans of dancing can appreciate the style, grace, and beauty of an artfully done performance. They’ve received numerous accolades, a host of rave reviews, and they’ve even got a “certificate of excellence” when you check them out on Trip Advisor. The ballet knows how to put on a show that will even get folks from the Upper East Side apartments in NYC over to the David H. Koch Theater for a night of spectacle, so you can rest assured it’s worth the effort to go see them.

This year, from January 23rd through March 4th, they’re breaking out their winter moves for interested audiences, and they’ve got a packed lineup of shows that will surely bring down the house. Want the lowdown on all the action? Keep reading, as we dive into the ballet’s upcoming routines and all the buzz surrounding their 2018 Winter Program.

Here’s how the schedule is looking at the moment:

Now, let’s dig into those performances, shall we? Kicking things off is All Balanchine No. 1. This show will bring an assortment of works from the canon of George Balanchine: Apollo, Mozartiana, and Cortège Hongrois. All Balanchine No. 2 will continue in the same vein, featuring Divertimento No. 15, The Four Temperaments, and Chaconne. These are all much-hailed dance gems, and will likely prove for an excellent start to the winter performances.

Up next, we’ll take a look at 21st Century Choreographers, which, true to its name, features works by several notable 21st Century choreographers: “With their fingers on the pulse of today, four of ballet’s freshest creators provide evidence of the art form’s continued evolution.” The lineup will include The Wind Still Brings (Walton/Schumacher), Composer’s Holiday (Foss/Reisen), Spectral Evidence (Cage/Preljocaj), and Year Of The Rabbit (Stevens/Peck).

New Combinations pays homage to one of Balanchine’s famous sayings: “There are no new steps, only new combinations.” With this in mind, NYCB is introducing a world premiere of a new work, Dance Odyssey (Davis/Walker). Joining the show, however, will be The Red Violin (Corigliano/Martin) and Russian Seasons (Desyatnikov/Ratmansky), which was the first of Ratmansky’s critically-acclaimed NYCB ballets.

There’s something to be said about individual choreographers and their unique way of doing things, which is why NYCB is breaking out some choice works from some of their favorites with Classic NYCB: “Exemplifying three choreographers’ distinct styles, this diverse program is the perfect primer on the breadth of NYCB’s unparalleled repertory.” This show will feature Square Dance (Vivaldi, Corelli/Balanchine), Oltremare (Moretti/Bigonzetti), and The Four Seasons (Verdi/Robbins).

Romeo + Juliet is a name that everyone can recognize. As the ballet puts it, “in defiance of its tragic ending, Shakespeare’s Romeo and Juliet remains the greatest romance of all time, demonstrating the power of love in its many forms. Choreography for this interpretation is brought to us by Peter Martins, with music from Sergei Prokofiev, and all set to exemplify “naïve excitement, betrayal, despair, and steadfast resolution, emphasizing the innocence and youthful optimism of its two heroes while proving that even in death true love cannot be overcome.”

Famous duos are the basis of many cultural phenoms, as noted by NYCB: “throughout his prolific career, Balanchine’s affinity for Stravinsky’s compositions remained constant, making him one of the choreographer’s favorite collaborators.” To celebrate this legendary pairing, Stravinsky & Balanchine will bring Divertimeto From Le Baiser de la Fée, Agon, Duo Concertant, and Symphony In Three Movements to the stage in stunning fashion.

The 2017 Here/Now Festival was a true gem, one which succeeded in wowing audiences according to Playbill: “the Here/Now Festival serves up a feast of new combinations but also a chance to reflect upon three decades of creativity. Which Martins does.” Why not bring back some of that magic in 2018 with some choice selections from the program, then? Here/Now features Neverwhere (Muhly/Millepied), Mothership (Bates/Blanc), The Decalogue (Stevens/Peck), and Namouna, A Grand Divertissement (Lalo/Ratmansky).

As an additional note, true fans will not want to miss Saturday At The Ballet With George, taking place January 27th. This is the 8th annual showing of this program, and is guaranteed to be a fun-filled day for lovers of dance:

What Do They Say About The Ballet?

If you’ve not seen the ballet before, you might want to know what kind of show waits in store for you. Here’s an opening line from a 2017 review by The Washington Post, describing the majesty:

“As he whirled through the breathless gush of “Tarantella,” New York City Ballet dancer Spartak Hoxha banged his tambourine with such relish that two of the jingles popped off. They flew high above his head, catching the light like lucky nickels — a metaphor for this company’s exuberant release of its gifts.”

It will be a true master class in talent and human ability. Even if you’re new to watching dance, you’ll be able to appreciate the talents these hard-working dancers bring to the stage.

And from places like Renoir House, you can do so with ease. This stunning community is located conveniently within the neighborhood, putting residents well within striking distance of the nearest subway station. Beyond that, though, it’s a great place to call home, with spacious floorplans and luxurious amenities for all who live here. Check it out, and make Renoir House your choice for superior New York City living.