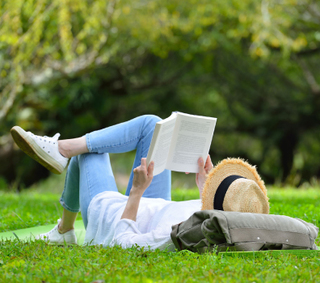 Most anyone who’s even thought about looking for apartments to rent in Manhattan knows a little something about Central Park. It’s New York City’s shining jewel, and the largest of all the city’s public parks:
“Central Park [is the] largest and most important public park in Manhattan, New York City. It occupies an area of 840 acres (340 hectares) and extends between 59th and 110th streets (about 2.5 miles [4 km]) and between Fifth and Eighth avenues (about 0.5 miles [0.8 km]).”

Most also know about the many things to do in Central Park throughout the year. Taking a tour, attending some group fitness classes, viewing the landmarks, and, in general, just enjoying the beauty of this superbly-designed outdoor space. When it comes to the summer, though, Central Park takes on an all-new atmosphere.

Those run-of-the-mill activities are eclipsed by some truly spectacular events, and if you’re looking to make the most of your summer days, you’ll want to head on down to participate in a few.

Just which events are we referring to? We might not be able to get to them all, but today we’re going to cover a selection of some of the most notable summer events Central Park has to offer. Read on, as we run through the finest in concerts, festivals, and outdoor activities you won’t want to miss.

If you’re the type who just loves the outdoors and is fine with some laid-back summer activities, you’ll delight at some of the fun tours and fitness events that will be taking place at the park this summer. For instance, you might want to participate in a 5K Fun Run, which will take you “on a historical journey, following along the winding paths of Central Park’s most iconic locations. Sights include Bethesda Fountain, The Mall, the Imagine Mosaic, and many others.” These runs take place from Tuesday to Sunday throughout the duration of the summer, so you’ll have plenty of chances to get out there and run to your heart’s content.

If you prefer some puzzle-solving to go along with your physical exercise, the Amazing Race Style Scavenger Hunt might be more your speed. Equal parts 3-hour tour and challenging scavenger hunt, this event has different teams “make their way among well-known and overlooked gems of the Park, solving clues and completing challenges while learning local history.” If you’ve got a smartphone, you can compete and you’ll just need to sign up ahead of time to join in on the fun.

Alternatively, you might instead enjoy something with less running, like the Sunrise Yoga Walk. This event blends both yoga and power walking (in some of Central Park’s most serene locations) to bring you a meditative and restorative exercise you’re sure to enjoy. At the end of these one hour sessions, most note that they’re more refreshed, energized, and prepared to take on the day’s challenges.

For those that aren’t interested in working out at the park this summer, though, there are still plenty of things to do. Fans of the cinema will definitely want to check out the 2018 Central Park Film Festival. It’s the latest iteration of a yearly event that turns the area north of Sheep Meadow into a free film screening outdoor cinema. This year’s lineup will be as follows:

If you prefer the theater to film, then you’ll instead want to take a look at Shakespeare in the Park. This is a free event, produced by The Public Theater, and held at the Delacorte Theater within the park. 2018 will be Shakespeare in the Park’s 56th summer in existence, and will include two productions: Othello, from May 29th to June 24th, and Tweelfth Night, from July 17th to August 19th. All performances begin at 8:00PM, and tickets are free. Just be sure to head early to the box office, since people love to take advantage of these free showings.

A Taste of Summer is considered one of the most “delicious” benefit events of the season, and will bring together “more than 800 friends and supporters for an unforgettable evening under the stars to kick off to summer in Central Park.” It takes place at Bethesda Terrace, and features more than enough food, music, and dancing to go around. There’s even a cool silent auction to help raise money and support the Central Park Conservancy’s mission of maintaining the park as best as possible.

Perhaps most spectacular of all the summer events in Central Park, though, is the Summerstage Festival. It’s an annual affair, held at Rumsey Playfield, and features a bevy of performances from artists of all stripes. This year’s festival will feature the likes of Ginuwine, Judy Torres, Pete Rock, the Spanish Harlem Orchestra, and many others.

You can check the calendar of events to stay informed about when different performers will be gracing the stage, and remember that admission to the festival’s “free” performances is on a first come, first serve basis. You’ll have to get out early to secure a great spot, but it will be well worth it, as you will get to see some truly great performances.

It’s not just the fun you’ll find at Central Park, though. The fine positioning of apartment communities like Renoir House grant you access to everything within the vicinity of its Upper East Side location. You’ll be able to experience the grandeur of one of Manhattan’s most legendary neighborhoods, all while living in the superior style these luxurious apartments have to offer. If you’re ready to embark on the new standard in New York City living experiences, you’ll want to check out everything Renoir House has to offer.