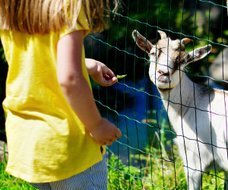 For those living in apartments in Manhattan for rent, you realize that there is so much historic significance taking place on the Upper East Side. You realize that it’s an exciting and captivating place, and one of the most exclusive, luxurious areas in all of New York City.

Not everyone can afford to live in such a luxurious place. The crème de la crème and New York’s elite happen to live in this part of the city. In fact, some of the richest, most powerful men and women in all of New York have made the Upper East Side of Manhattan their home. And this is why it should come as no surprise that there are some truly amazing landmarks to explore in this area.

With that in mind, we are going to take a look at the top five landmarks available for all to explore on the Upper East Side of Manhattan. Step out of your comfort zone and consider learning more about the wonderful landmarks in this thriving community.

We’ll tell you about the Solomon R Guggenheim Museum, Gracie Mansion, the Central Park Zoo, The Frick Collection, and the Park Avenue Armory. While these are only a few of the incredible historic landmarks in this section of Manhattan, they are definitely our favorites and some of the most recognizable names in the area.

The Park Avenue Armory has a tremendous amount of history. It was originally built by the Seventh Regiment of the National Guard in New York State, and they were the first volunteer militia to accept the challenge from President Lincoln when he asked for troops in 1861.

This regimen was known as the Silk Stockings, and it was made up of some of the most prominent families in the history of New York including the Harrimans, Stuarts, Livingstons, Roosevelts, Vanderbilts, and the Van Rensselaers.

Today the Armory is used for a different purpose. It’s the home of some of the most exciting lecture series, plays, talks, concerts, dances, and many other different types of shows. So if you’re looking for a new cultural Mecca, we highly recommend visiting the Park Avenue Armory website and sign up to see one of these thrilling events.

Archibald Gracie Mansion, which is more commonly known as Gracie Mansion, is the place where the mayor of New York City lives. It was originally built in 1799, and it’s located between East End Avenue and 88 Street in Manhattan’s Yorkville neighborhood.

In the past, many people were able to visit the mansion because it was considered a historical house. At one point in the early 1900s, it was also the home of the Museum of the City of New York. So this mansion definitely has a long and storied history, but it’s definitely being used for different reasons today.

In fact, as mentioned earlier, it is actually the home of the mayor of New York. Although some mayors do not actually live in the mansion – former Mayor Michael Bloomberg chose to stay in his own home – it is definitely available for every mayor of New York City if they desire to live there.

Current Mayor Bill de Blasio and his family are living in Gracie Mansion. It is certainly his right to do so as the mayor of New York. And he’s lucky, because Mayor Bloomberg was able to completely overhaul and restore the entire mansion because an anonymous donor made a large contribution to make this happen. Many people believe it was billionaire Michael Bloomberg himself who donated the money to restore the mansion and make it look beautiful once again.

Out of our top five landmarks in the Upper East Side, the Solomon R Guggenheim Museum has to be the most famous. And this museum is home to some of the most well-respected works of art in the world. In fact, it is the permanent home of an incredible art collection that’s ever-expanding including postimpressionist, Impressionist, and early modern and contemporary art.

The museum also has the opportunity to feature many special exhibitions that take place throughout the year. We highly recommend visiting their website to read through their schedule of events to find out when your favorite exhibition is on display.

The Frick Collection is another world-famous art museum located on the Upper East Side of Manhattan. The interesting thing about this museum is that you are able to pay what you wish on Wednesdays to gain admission to their collections from 2 to 6 PM.

Just like the Guggenheim, they have many outststanding art exhibitions on display throughout the year. Some of their current displays include Zurburan’s Jacob and His 12 Sons: Paintings from Auckland Castle, Veronese in Murano: Two Venetian Renaissance Masterpieces Restored, Fired by Passion: Masterpieces of Du Paquier Porcelain from the Sullivan Collection, and there will be other exhibits on display throughout the year.

In fact, some of the future upcoming exhibits include Canova’s George Washington, The Charterhouse of Bruges: Jan Van Eyck, Petrus Christus, and Jan Vos; Luigi Valadier: Splendor in Eighteenth-Century Rome, and many more magnificent exhibits.

The Central Park Zoo is an extra special landmark located in the heart of the Upper East Side. There are so many delightful animals on display including exhibits like the the Allison Maher Stern Snow Leopard, the Central Garden and Sea Lion Pool, the Grizzly Bear and Treena’s Overlook, the Polar Circle, the Temperate Territory, the Tisch Children’s Zoo, and the Tropics Zone to name a few.

No trip to the Upper East Side is complete without stopping by the Central Park Zoo. So remember to bring your family members and friends, enjoy the beautiful animals, and always have a great time.

Renoir House is one of the best luxurious living spaces on all of the Upper East Side. Their amenities include spacious closets with custom shelving, dual panel solid core doors, window treatments, open kitchen layouts, and much more. Check out their photo gallery to see the apartments firsthand and discover if Renoir House is the perfect fit for you and your family.